AAF-Akron is pleased to announce that two of its members, along with the chapter itself, won national awards at ADMERICA, AAF’s national conference, held June 2–5, 2022 at the Gaylord Opryland Resort in Nashville, TN. Jeff (JD) Dumire at the Salute the Achievers Ceremony.

AAF-Akron board member, Jeff (JD) Dumire, received the prestigious Chic Davis Memorial Award for making significant contributions to Akron’s American Advertising Awards. The award is bestowed annually in honor of Chic Davis who served AAF for many years and helped build the American Advertising Awards into what they have become today. Dumire was celebrated at the Salute to Achievers Ceremony on June 5. Watch his two-minute acceptance speech here. Natalie Metzgar, a recent grad from the Myers School of Art at The University of Akron, won a National Silver Student ADDY for her Forbidden Root Menu Redesign at the National American Advertising Awards show on June 3. There were a total of 4,411 student entries entered into all local American Advertising Awards competitions. 306 were judged Nationally. AAF awarded 26 National Gold Student ADDY Awards and 34 National Silver Student ADDY Awards. Metzgar’s winning work can be seen here. AAF’s Ovation Awards competition was established to honor the significant contributions of the AAF network of professional advertising clubs and to encourage excellence in areas of club management that contribute to the strength of the AAF as an organization. AAF-Akron placed second in Membership Development & Communications and third place in Cornerstone Initiatives & Events within Division 3. AAF-Akron was recognized at the Salute to Achievers Ceremony on June 5. This is the seventh consecutive year that AAF-Akron has placed in the competition.

Sincere thanks to our board, as well as our teams, membership and partners, for making these achievements possible. 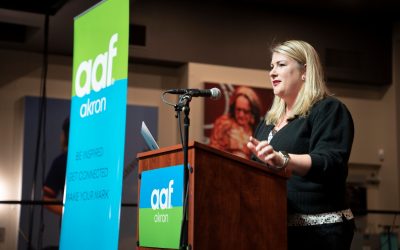 The 2022 AAF-Akron Annual Meeting was held Thursday, October 20 at the Knight Stage in downtown Akron. President Brianna Kelly presided over the annual meeting and updated members on highlights from the last year and goals for 2023. In case you...

END_OF_DOCUMENT_TOKEN_TO_BE_REPLACED

New for AAF-Akron Members Earn points throughout the year by doing things you would do normally — attend events, enter the American Advertising Awards, and more. This friendly, point-based competition allows us to recognize and reward our members’...

END_OF_DOCUMENT_TOKEN_TO_BE_REPLACED 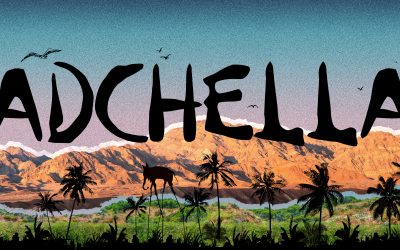 Connect with our creative community by being front and center at the 2023 Awards Show on Friday, February 24, 2023 at The Akron Civic Theatre. Title Partner | $5,000• “Presented By: Your Company Name/logo” in promotional materials• Onstage sponsor...